AngelicView: Dr. Eben Alexander isn’t the only Doc who has experienced an NDE. Here we have Physicist Dr. Alan Hugenot being interviewed about his Afterlife Experience and what he has taken from it – much of it from a science perspective.

He had a part in “Beyond Our Sight“, but I was glad to see a full interview of just him.

Alan Hugenot was 21 years old in 1970, when he had a near-fatal motorcycle accident. He had a serious head injury, and was unconscious for 8 hours.

“I went directly into the presence of a brilliant white Light, which radiated a feeling of warmth and unconditional love.  It was a consciousness without form. It was like being Home – I had known this Light Being for thousands of years.  This was the best place I’ve ever been. There was no pain, no anguish, no worries. It was more real than life here – this life is the illusion.”

The Light told him that as a physics student, Alan was too concerned abouthow things work. “The purpose of life is to understand why, not just how.  Figure it out with your heart, not just your mind.”

Then the Light told Alan he had to return. He was not finished with what he had to do on earth.

Alan did not want to come back, but had no choice. “There are things we came here to do. We can’t stay there until we’re finished with what we have to do here.”

Alan says he was profoundly influenced by his NDE, becoming less competitive and materialistic. He went on to earn a Doctorate of Science in Mechanical Engineering, and became a nationally recognized expert in applied physics & engineering science.

Alan has spent over 40 years collating research onconsciousness  survival and  the afterlife, including NDE’s, reincarnation, past life regression therapy, after-death communications and the supporting theories of quantum mechanics. His research is collected in his new book, The Death Experience: What It Is Like When You Die, which “provides the lay reader with the underlying principles of physics, postulating a scientific basis for, and location of, the afterlife.”

END_OF_DOCUMENT_TOKEN_TO_BE_REPLACED

It is foolish and wrong to mourn the men who died. Rather we should thank God that such men lived.

AngelicView: I just wanted to report (for those who may not have heard yet) of the crossing over of two people over the last two days.

The first one was the day before yesterday and that was Dr. Masaru Emoto. He was the man who did the famous experiments with water and consciousness – and how consciousness affects water.

END_OF_DOCUMENT_TOKEN_TO_BE_REPLACED 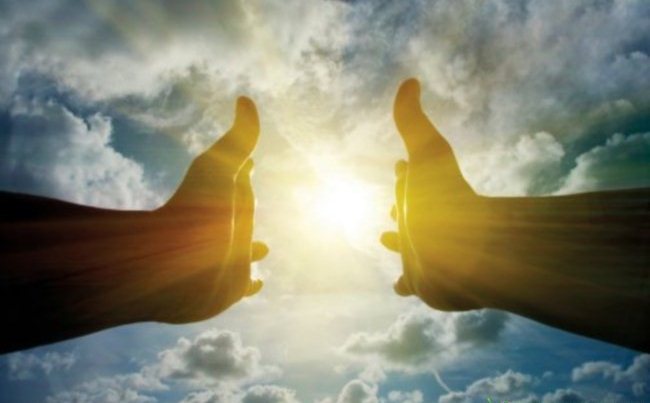 AngelicView: Emanuel Swedenborg was a scientist (of the natural sciences – anatomy, physiology, and psychology) who lived from 1688 to 1772. According to the story, later on in his life he experienced a religious crisis and began having communications – along with out of body experiences – with spiritual beings. Swedenborg wrote books with the information he gleaned from these connections with the entities and with the other side and the information has very direct confirmations with persons who have experienced NDE’s (Near Death Experiences). But the volumes of information in these books by Swedenborg goes into so much more detail than a short story of someone’s NDE.

END_OF_DOCUMENT_TOKEN_TO_BE_REPLACED 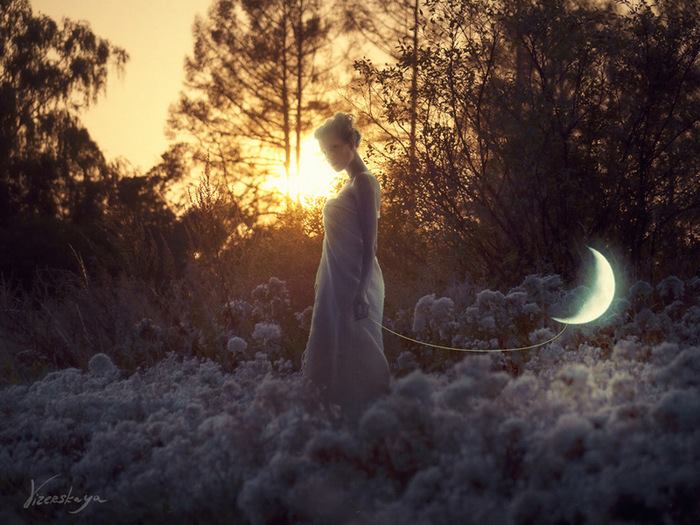 Thanks to my friend, Gregg Prescott, of in5d 🙂

Did you ever wonder why you agreed to incarnate at this point in time and space?  Are you fully aware of why you received so many challenges in this lifetime?

When you were on the other side of the veil, there was only love.  You were reunited with your soul groups and soul family while inundating yourself and others with unconditional love.

Over the course of our perceived view of time, you eventually wanted to experience duality and polarity because you knew it would help your spiritual progression.

END_OF_DOCUMENT_TOKEN_TO_BE_REPLACED

*** Before you get started on this series, you should know that Nathan stopped making videos for it just short of actually describing his NDE.  It’s a very interesting story, and very entertaining. But I (AngelicView) don’t believe it to be real.

AngelicView: I just have to say that I do not identify with the Christian Religion. Since this is my blog, it might be surprising that I am posting this series. Well, the 1st 7 or 8 videos weren’t about Christianity, they were just about his fantastic experiences. It turned into something about religion later. I am continuing to post his series here because I started it and I know that many of you are enjoying it. 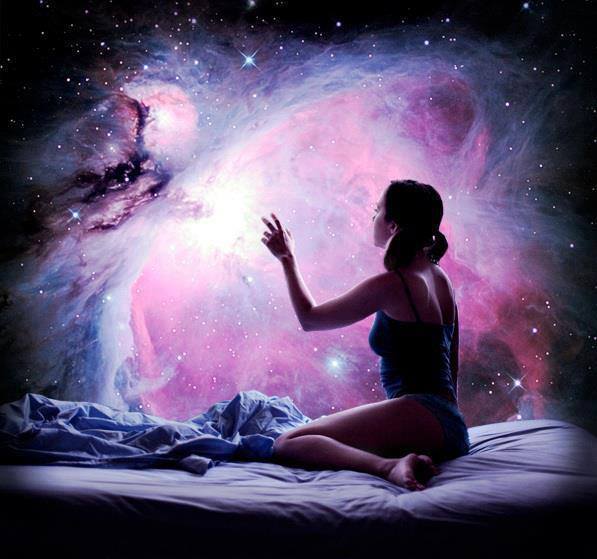 If you have some extra time on your hands, I think Nathan Wheeler’s story may be one that you’ll really enjoy. There are about an average of 10,000 of us following along in his series “My NDE Testimonial”. At the time of this post, he is currently up to Part 7c. It’s kind of a long story how Part 7 got split up into three parts, but the next one will be Part 8. To those of us that are following along with his testimonial, I think we are all so very fond of him and think of him as our friend. He has a heart-warming personality, he’s witty and smart, and very humerous to boot!

Now, before you go thinking that all these videos are all about his NDE – no. What we’re really experiencing through his excellent story-telling skills is his life story. And let me tell you, it’s all very riveting! I don’t want to give away too much with this introduction because he tells it the best. But just briefly, Nathan says he has been psychic to a degree since childhood. He tells us of his adventures throughout his life and leading up to his NDE.

Nathan’s has a heart condition (which we call a “dysrhythmia”) where his heart beat is very irregular, and it’s irregular to the point where it stops at times. He had dizziness and fainting spells from it and it took a couple of years before he was finally diagnosed and had a pacemaker implanted. The pacemaker will now “pace” his heart for him if it stops for a set length of time. But just before that is when his heart stopped for long enough for him to leave his body and experience heaven.

Nathan is a very busy man with a full-time job and he is very hard on himself to get these videos “just right” before he releases the next one. He says the Angel in his NDE encouraged him to tell his story and this is the format he chose to do it with. If you leave a question for him on his You Tube channel or on his Facebook page, you can be pretty sure he’ll answer you. And while we do try not to bug him about it – we all can’t wait for the next video to come out! 😉

You may want to bookmark this page and I will post the next video in the series as they come out, or you can go directly to his You Tube Channel or follow him on Facebook.

END_OF_DOCUMENT_TOKEN_TO_BE_REPLACED 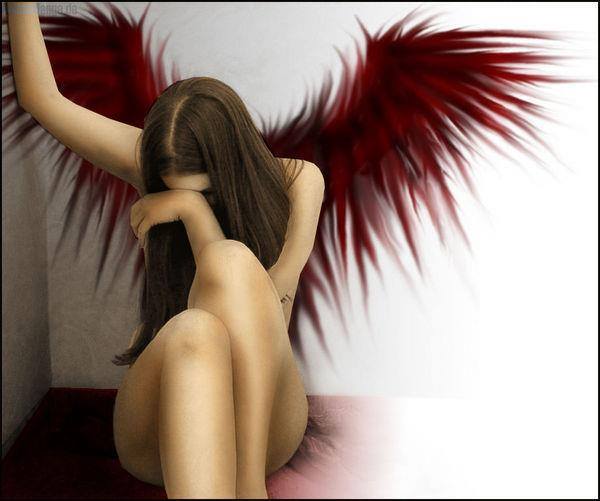 I’d wager to bet that most everybody has been there before – Rock Bottom.

For you it may have been because of a divorce, a death of someone close to you, a loss of a great job, a drug addiction, a mental or physical illness, or perhaps just a series of unfortunate events.

It’s the lowest of the low, and if you haven’t seen it yet in this life then I suppose you are lucky.

For those who have been there before, you may have prayed or even cried out to God to help you. The story like was told in the last post “A Diamond in the Flesh” would have been just the ticket to get you up off the floor and give you hope and courage – knowing that you now have the clarity of vision to move back on up and out of your dark place.

END_OF_DOCUMENT_TOKEN_TO_BE_REPLACED 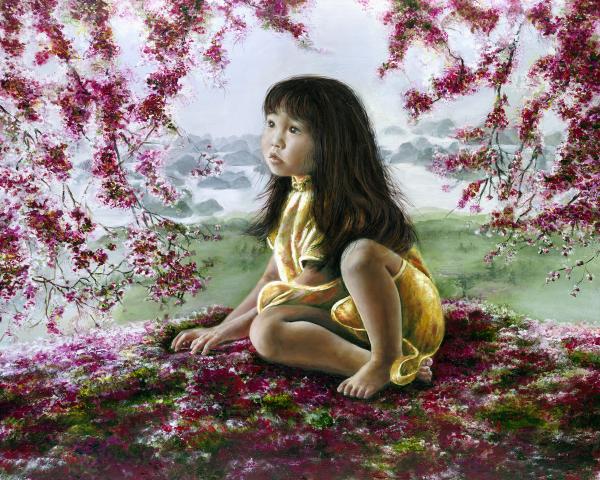 AngelicView: I have posted Christian Andreason’s NDE here before (it was called “Love is the WAY”), but I have reviewed the original post and I see that there has been more information and teachings added to it since I posted it a couple of years ago. There is no need to seek it out, because I’m going to post the information for you nearly in it’s entirety. And you’re going to Love It! ❤

Christian is actually a musician, and he had his NDE while in the dentist’s office. Before his routine surgical dental procedure, he had had a back injury. For that injury he had been prescribed pain killers and probably muscle relaxers, as well. He did not let the dentist know that he had taken all these medications, so the anesthesia enhanced the side-effects from the medications, which bottomed-out his blood pressure and stopped his breathing. The dentist, not knowing that Christian had taken that type of medication before-hand, didn’t know what was causing the breathing impairment – for which he could have given medications to counter-act the effects.

What resulted was a profound NDE and many changed lives from the teachings of one Christian Andreason.

During a brief amount of time, my spirit traveled through what I know and now call, “the Heavenly Realm.” During the experience, all time stopped … and two minutes of Earth time turned into what seemed to be days, weeks and even months. I saw an uncountable amount of wonderful places that were not of this world and many spiritual truths were Lovingly and generously revealed to me with mind-bending answers.

Almost the whole time I was guided mostly by a being that appeared in the form of the most beautiful woman I have ever seen. Following us were three other guides who all appeared as men. All were robed with a beautiful glistening white, diamond-like material. I could also distinguish that they had Light coming from underneath their garments. I knew that this Light was their true bodies. The moment they came into my awareness, I recognized these beings as having been some of my closest friends that have been with me for all time. They were very kind to me and very caring about my feelings.

There are no secrets in Heaven, so information that might have been considered embarrassing was treated with tremendous sensitivity. And even in moments where I might have cried knowing that someone knew my deepest darkest secrets, wonderful warm laughter was often exchanged between us instead. No matter any unpleasantness they may have known about me, I knew that I was eternally and unconditionally Loved! For many years, after my experience, I have continued to stay in contact with these dear ones through dreams and meditations. During my experience it was revealed to me that they had made many appearances to me during my life, particularly during difficult times in my childhood and adolescence, only I was not consciously aware of them or their presence at the time.