“We’re up against the world’s belief because once you start saying that sites are this old, then the whole story of history has to be reconsidered and whole careers go down the tubes and a vast investment in an understanding of our past that mainstream history and archaeology has put together over the last 100 years is just ‘up for grabs’ completely and you can’t expect to get away with that without a great deal of difficulty and trouble.” ~Graham Hancock

AngelicView: This is the newest, latest information on megalithic sites from Graham Hancock. The speech was done in December of 2013 at a university called “Greensboro”. I have made some notes about what you can expect to hear about in this presentation:

END_OF_DOCUMENT_TOKEN_TO_BE_REPLACED

AngelicView: Thanks to Laron at Transients for this first video of Anna Breytenbach where she calms an angry panther. This woman is amazing.

The part that I found the most fascinating was that the Panther communicated to her of his concern for a couple of cubs that were located in a pen just next to his in his previous home. Only after that “conversation” was it revealed that he was, in fact, in a pen next to a couple of cubs. 😉

END_OF_DOCUMENT_TOKEN_TO_BE_REPLACED 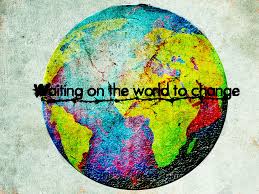 I don’t often speak much about what’s going on in the world. There are about as many opinions out there as there are people. But I think it’s important for me just to get it out there how I view the world we live in today. I felt compelled to broach this subject – just this once, at least.

“When you trust your television… what you get is what you got. ‘Cause when they own the information (oh) they can bend it all they want.” ~John Mayer

When I was in school I had a class they called “Social Studies”. In Social Studies we were taught about the world. One thing we were taught was that in other countries (not the U.S., of course) their news was “propaganda”. It was changed in whatever way was needed to portray whatever purpose their government was trying to push. How unfortunate, I thought, that these people don’t get to know what the real news is.

END_OF_DOCUMENT_TOKEN_TO_BE_REPLACED

AngelicView: Let me start out by saying that I Love this guy. Unfortunately, he’s married. And probably way too young for me 😉 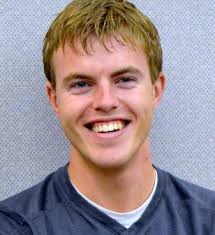 But… he has impressed me beyond words in his knowledge and understanding of ourselves and our world. I have not heard another speaker that has floored me and blown my mind as many times as this young man.

I am currently working my way through his many videos on You Tube. I enjoy my “moments of truth” for about an hour each night before I go to bed. And it feels great! Someone gets it. Someone understands.

There are certain ideas of his that I want to get out to you all – but I hate to post hours and hours of videos. In this case, there’s a short segment of this video that I wanted to share with you. And so I have transcribed it for you. I will post the video at the bottom so that you can watch the whole thing if you’d like – but if not, then just read my notes 😉

END_OF_DOCUMENT_TOKEN_TO_BE_REPLACED

AngelicView: This beautiful video shared from Removing the Shackles.

“Every day we hear about our troubled youth. And if you are our future, then what a glorious future South Africa has!”

The children will lead us…..

Is their World Imaginary?…… or is it your “adult” world that doesn’t really exist?

(AngelicView: By the way, she won Africa’s Got Talent. Great job! 🙂 )

AngelicView: A brilliant pre-birth memory. He begins with talking of his death in his previous life, then goes into life and lessons on the other side, and finally coming back to Earth. He says that we are in an important time here in the world, and not to take it lightly.

Let me first start off by saying that I have remembered the following events my whole life. In some periods of my time here, I have thought that these things that I remember are just fantasies – made up delusions or unconscious substitutes such as dreams explaining my waking life. It is through my heart that I know these are, in fact, true. I guess you could say I have faith, but it moreover that I have finally come to terms with the truth in my existences and previous existences.

I remember dying in my previous life. It was from a drug overdose. I won’t get into the details, but I do remember it clearly. I remember the instant I left my body; There was a feeling of loss, incompetence, and knowing I could have done better as I floated near the corner of the ceiling looking at my body face down on the desk – motionless. I was faintly amused because I knew it would be quite a few minutes or hours before anybody knew I was dead. Though the feelings of incompetence were still there, I had the instinctual feeling that it was time to move on.

END_OF_DOCUMENT_TOKEN_TO_BE_REPLACED

AngelicView: In this NDE, Robyn had an intuition that the baby she was carrying was not meant to be born. During her abortion, she died from too much anesthesia. She was so surprised when she got to the other side of the veil, at how real 3D human

life seemed – knowing it had been just an illusion.

I went into this abortion clinic in Austin, under the strong impression that the baby growing inside of me was not meant to be born. How on Earth I knew that being the peaceful, ultra-sensitive, loving girl I was is a mystery. Never in a million years would anyone have guessed me as someone who would abort unless it was dire. In my unique case, the baby had detached from my uterine wall and was barely hanging on. Apparently all the stress caused spikes in my blood pressure and tonsillitis in the first month, making my body inhospitable. My decision to have the baby removed was a certain decision… and later I would find out why.

END_OF_DOCUMENT_TOKEN_TO_BE_REPLACED

AngelicView: I do not consider myself a “Christian”, but if this girl –

Rhema Marvanne – doesn’t give you goosebumps, then nothing will!

“Rhema Marvanne was born September 15. Her Father is Teton Marvanne and Mother is Wendi Marvanne. She was born at Trinity Hospital in Dallas, TX. She was carried to term but was still very small. Rhema weighted 4.11 lbs and had to stay in the NICU for 3 weeks before she was taken home.

Rhema began singing the same time she began talking. It was less than a year ago Rhema recorded her first song, Amazing Grace and quickly became an Internet singing sensation. She takes tremendous inspiration from her mother, Wendi Marvanne, who sadly lost her battle with ovarian cancer on November 8, 2008. It is Rhema’s greatest hope to make her mother proud, both as a singer and as a servant of God, which is why she also performs at churches, non-profit organizations, charities, hospitals and special events.

END_OF_DOCUMENT_TOKEN_TO_BE_REPLACED

I wanted to share this wonderful video with you today. This woman, Faith, has had some wonderful experiences. She seems to have such a great understanding of our reality. She takes us through her life experiences. Many years ago she said that a Being told her that she was from Lemuria. Now – after years of learning experiences – she claims she can actually see Lemuria – the City of Light. She tells us all about it.

END_OF_DOCUMENT_TOKEN_TO_BE_REPLACED

Excerpted from an Article By Kevin Williams, NDE Researcher

From the human viewpoint, it seems that are separated from everything and autonomous. It seems like one person has little effect on the things – not to

mention the entire world. But NDE research, quantum physics, and eastern mysticism teaches that this is all an illusion of our own minds. The fact is that everything is intricately connected. This means that big events are contingent upon even the smallest of things. For example, during the Revolutionary War, a British soldier shot at George Washington but missed killing him by merely an inch or so. Now imagine what the world would be like today if that British soldier had aimed his rifle just a fraction of an inch lower and killed George Washington. It is quite possible that the United States would not even exist today. And if the United States did not exist, perhaps the outcome of World War II would have been different. This demonstrates how a seemingly insignificant act (a fraction of an inch difference in aim) can cause such a tremendous difference.

From the perspective of the Other Side, they do not know exactly what is going to happen in the future. Edgar Cayce, for example, revealed that even God does not know for certain what will happen. Because the future is based on the probabilities of free actions made today, the best anyone can say is what will probably happen. However, it can also be said that God is the “Master of Probabilities” who knows all possibilities. And even though God may not know exactly what we will do, it can be said that God “knows the heart” and knows better than anyone else what we will do. On the Other Side, our lives can be seen from a higher view point. Using an analogy, our lives are like a person sitting in a raft floating down a river where we are unable to see much further down the river to know what is going to happen next. But on the Other Side, their perspective is analogous to an eagle flying high above the river. The eagle can see the course of the river from a much higher perspective. The eagle can see if the rafter is headed for a waterfall miles down the river whereas the rafter cannot. So these apocalyptic prophecies from the Other Side are like warnings from an eagle in the sky warning us that we are headed for a waterfall if we don’t change the course of our actions. But at some point, if the warnings are not heeded, the probabilities “kick in” and it becomes too late to change. In other words, there is a “point of no return” when approaching Niagara Falls and the probability of going over the falls is 100%.

END_OF_DOCUMENT_TOKEN_TO_BE_REPLACED

Lisa Harrison, one of my very favorite interviewers, has recently put out three interviews that I’d like to share. I have listened to each one in it’s entirety and, as per usual, Lisa has done a wonderful job in asking the questions I would have asked if I were doing the interview. And so here we have three examples of perspectives on the current special times we are in today.

END_OF_DOCUMENT_TOKEN_TO_BE_REPLACED

What is a “Lightworker”?

I’ve been thinking lately on how often we use the term “lightworker”. I, for one, use it a lot in my blog. And so I sought to define it.

Is it someone who is highly spiritual?

Someone who does a lot of good deeds?

Well, many lightworkers have these qualities. But I don’t think those things define what a lightworker is.

Do all lightworkers know that they are lightworkers? Well, let’s go ahead and define it first.

If you take the first part of the word, “light”, this helps a lot in defining the whole word. “Light”, in this context, is synonymous with the word “energy”, which is also synonymous in Universal terms to the word “love”.