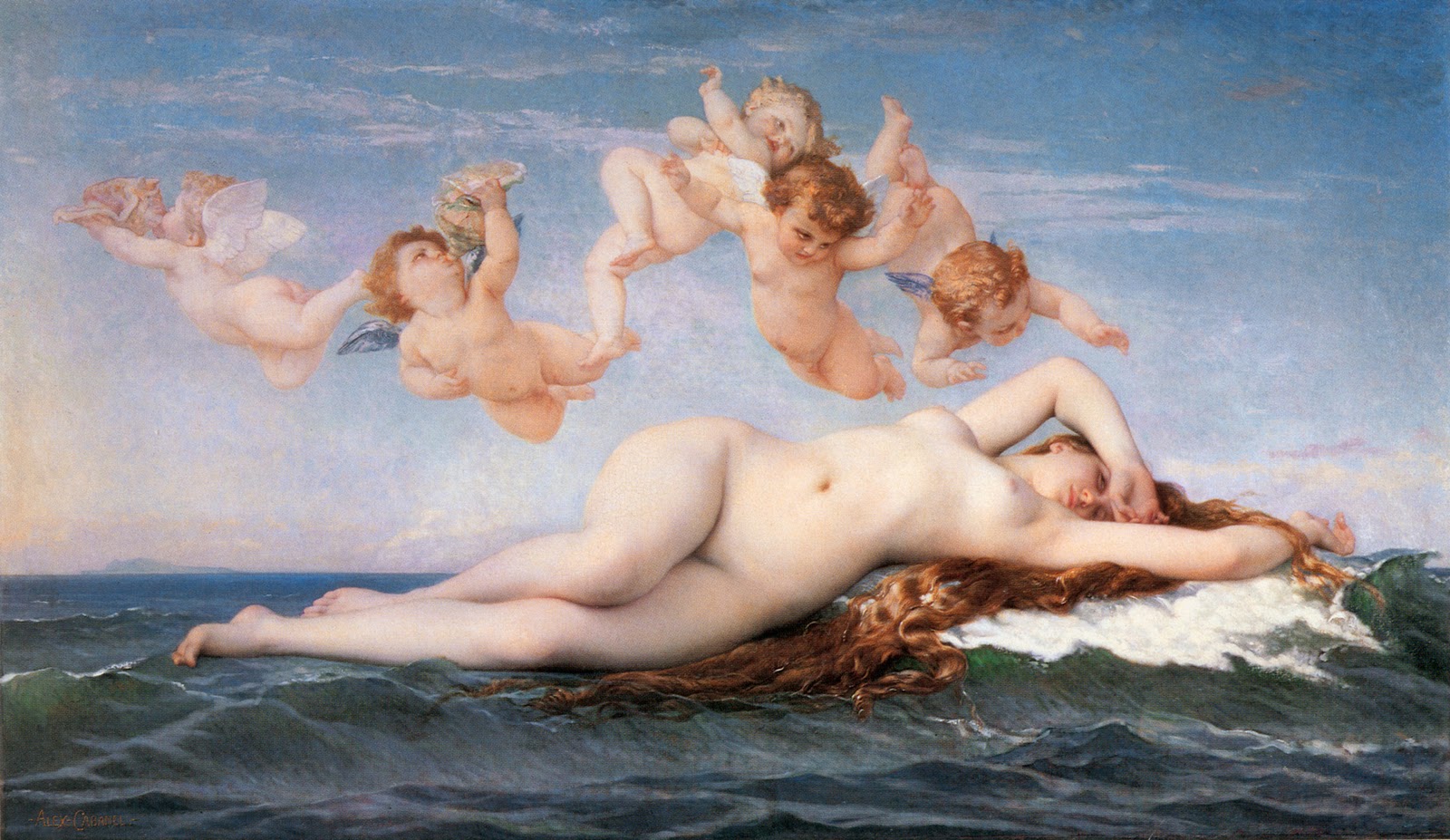 AngelicView: An exceptional story of a pre-birth memory as told by his teacher. Thanks to Nicola for sharing 🙂

My friend and I met as school teachers at the same school, several years ago.  She was pregnant when we met, and she chose me to be present at the birth of her child, because she was a single mother and afraid of being alone.  It was a tremendous honor to be invited into the delivery room because, even though I have children of my own, it was a fascinating opportunity to see a birth without experiencing the pain myself!

My friend delivered a baby boy named Michael, and it was an incredible experience.  I joked to her that I saw her son before she did! (I saw his head poking out before he was born and she didn’t have a mirror to see for herself!)

Tragically, my friend passed away suddenly, just months after her son was born.  He has been raised by her parents ever since.  The boy now goes to the school where his mother and I taught, and this year he is in my 4th Grade class.  It is with a heavy heart that I teach him each day.  I have never told him that I was there for his birth because I didn’t want the other students to think that he had special treatment, and I didn’t want to upset him with thoughts of his mother.  Perhaps his grandparents told him that I was there, but I’m not sure.  He does know, however, that his mom and I were friends.  (This makes sense because he knows that she used to teach at our school.)

Flash forward to last week, 9 and a half years after his birth and his mother’s passing.

END_OF_DOCUMENT_TOKEN_TO_BE_REPLACED

AngelicView: There are a lot of fancy-shmancy documentaries out there on all of these subjects. They do contain cool pictures and music to go along with the stories. However, what I have found is that sometimes they end up being not as interesting as just someone standing at a podium and telling their stories. The reason why is that (I think) in order to fit in all those little video cuts / pictures / songs and put it all together in a documentary, they have to cut out a lot of the story. I want to hear the whole story, with all the details. Don’t leave anything out! 😉

So here is a video of a conference done at IANDS (International Association for Near-Death Studies), and this portion of that conference is about Pre-Birth studies.

This couple speaks, and tells us the story that five out of their nine children were known to them before they were born.

Sometimes pre-birth memories or revelations can come by NDE’s or OBE’s, sometimes it’s like a vision or a dream, other times people might have hypnosis to remember their own life before birth. (I know that most of my readers already know this – but for those who don’t – life is a continuum. We were always in existence, we came here, and then we’ll go back to where we came from after our body dies.)

END_OF_DOCUMENT_TOKEN_TO_BE_REPLACED

Hello my friends! How are you all doing? I’ve been “up” and “down” and “all around”! The day before yesterday I felt great and came home from work energized and then slept like a log. Then yesterday I was so tired all day long that I dragged through my day at work with tons of caffeine on-board.

Over the summer and now into fall, I’ve been working a lot, sick at times, and trying to get in great times with my daughter before she grows up!

When I find a great article or website, I’ll “Bookmark” it so that I can make a post about it later. Well, my “Bookmarks” on my computer are beginning to dig a hole to China. In trying to simplify my life, I have decided to give out these links to you all so that you can look through them and decide what you’d like to read more about and what you’d like to discard. Then I can start over with a clean-er slate with my Bookmarks. In essence, I’m transferring my “mess” over to you! 😉

Each link will open in a new window.

END_OF_DOCUMENT_TOKEN_TO_BE_REPLACED

AngelicView: This post is going to have two components to it. One is an outstanding interview of

Dr. Brian Weiss with Art Bell, and the second is a case-study mentioned in part 3 of that interview.

Let’s start with Dr. Brian Weiss. This interview is one that everyone who is interested in Reincarnation, Past Lives, Regression Hypnosis, and Life Between Lives should listen to. They also discuss Aliens migrating to Earth and Future Lives. Check out his credentials (below):

Video Description:As a traditional psychotherapist, Dr. Brian Weiss was astonished and skeptical when one of his patients began recalling past-life traumas that seemed to hold the key to her recurring nightmares and anxiety attacks. His skepticism was eroded, however, when she began to channel messages from “the space between lives,” which contained remarkable revelations about Dr. Weiss’s family and his dead son. Using past-life therapy, he was able to cure the patient and embark on a new, more meaningful phase of his own career.

A graduate of Columbia University and Yale Medical School, Brian L. Weiss M.D. is Chairman Emeritus of Psychiatry at the Mount Sinai Medical Center in Miami.

END_OF_DOCUMENT_TOKEN_TO_BE_REPLACED

AngelicView: Um – yes! Although I have written articles on this subject, I highly recommend this video anyway if you are interested in the subject. Robert Schwartz is the Author of “Your Soul’s Plan”, a very popular book (although I have not yet read this one, I have heard of it over and over). In this interview with Bob Olson, Robert has gone into much more detail that I have in my articles. Among other things, they discuss:

I have watched the first video all the way through and completely agreed with everything he said, based on my own studies. I have included the second video of another interview with the same man that expands on the first.

Does our Soul Plan our Life’s Challenges Before Birth?

Video Description: In this interview, I talk with Robert Schwartz, author of Your Soul’s Plan, about how our souls plan our challenges in life on purpose. If you’ve ever wondered why bad things happen to good people, Robert Schwartz shares with us his conclusions about that topic based on years of research. This video conversation offers hope and understanding about the challenges we meet in life, and it might even leave you with a sense of inner peace and acceptance in the face of your challenges — or at least help you believe there is meaning to your suffering and that you’re not merely a victim of unlucky circumstances. I’m excited to present this conversation to you, so I hope you won’t miss it.” ~ Bob Olson, Afterlife TV http://www.afterlifetv.com

END_OF_DOCUMENT_TOKEN_TO_BE_REPLACED

AngelicView: A brilliant pre-birth memory. He begins with talking of his death in his previous life, then goes into life and lessons on the other side, and finally coming back to Earth. He says that we are in an important time here in the world, and not to take it lightly.

Let me first start off by saying that I have remembered the following events my whole life. In some periods of my time here, I have thought that these things that I remember are just fantasies – made up delusions or unconscious substitutes such as dreams explaining my waking life. It is through my heart that I know these are, in fact, true. I guess you could say I have faith, but it moreover that I have finally come to terms with the truth in my existences and previous existences.

I remember dying in my previous life. It was from a drug overdose. I won’t get into the details, but I do remember it clearly. I remember the instant I left my body; There was a feeling of loss, incompetence, and knowing I could have done better as I floated near the corner of the ceiling looking at my body face down on the desk – motionless. I was faintly amused because I knew it would be quite a few minutes or hours before anybody knew I was dead. Though the feelings of incompetence were still there, I had the instinctual feeling that it was time to move on.

END_OF_DOCUMENT_TOKEN_TO_BE_REPLACED

Life is like a river flowing back to the Sea

In the same way that a drop of water is a part of the sea and contains within itself the nature of the sea itself, so our spirit is a part of God containing within it the Whole of God itself. This concept of a something being both a part and the Whole is called in science terminology a fractal.

By becoming a droplet in the water cycle, we can experience wonderful adventures which ultimately help us to understand ourselves and the sea even more. Which river of life we choose to travel down is up to us. Once we begin the journey, we are partly at the mercy of the river and the course it takes us. How we chose to flow down the river is our decision.

This river which represents the course of our life that leads us back to God is an archetype that is familiar to us. Perhaps this is one of the reasons we feel drawn to rivers and why we regarded them as sacred. In ancient cultures, religions and even in near-death experiences, this archetype of life being a river appears. On the river, we are always moving forward from a source and toward an end. Life starts out as a small creek and grows into large river with rapids, forks, tributaries, rocks, and sometimes floods. Rivers have a history and are evolving. The river of life can take us to a variety of destinations on shore. There are many decisions and choices to make while traveling the river. Sometimes we have no choice at all but submit to the mercy of the river. At times we can relax and go with the flow. Other times we can shoot the rapids. We can row our boats gently down the stream. But if we just remain on the shore, we will never reach our destination and goal. Wisdom means knowing the best course of action to take as we travel down the river.

END_OF_DOCUMENT_TOKEN_TO_BE_REPLACED

The following NDE testimony comes from PMH Atwater’s website. If you haven’t checked out her website and all the articles she has there, you are missing out on a wealth of information.

This NDE testimony involves one of P.M.H. Atwater’s research subjects who is a man named Ken who was involved in a car accident which resulted in a NDE. P.M.H. Atwater calls his NDE “The River of Life” for a good reason as you will see. As Ken was dying on a gurney he moved through a tunnel and into light. He could observe his body and his surroundings and feels euphoric but he learns that he must return. When he asked the light that he be allowed to stay, he is shown a vision of a heavenly river: