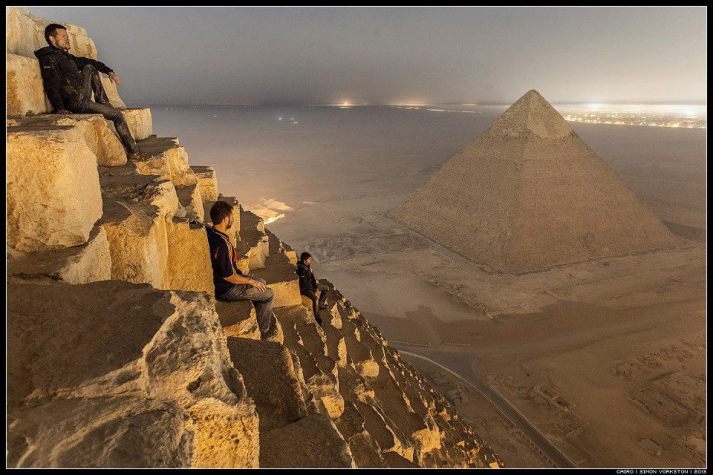 AngelicView: For as long as I can remember – from the first moment I heard of the Great Pyramids, I have always been completely fascinated with them. “The Pyramid Code” was a 2009 documentary that took a much less mainstream scientific view of the pyramids – the building of them and what they’re for. It’s been a couple of years since I have last seen The Pyramid Code, and I think if I have the time I’d love to watch it all again.

Just the other day, Jimmy Church had as his guest on his radio show “Fade to Black” the scientist behind The Pyramid Code. And let me tell you, I was captivated by this behind-the-scenes interview from start to finish! Sit back and enjoy the full interview, or if you don’t have the time for that I’d really like you to hear what she says about her visit to Russia – and what she says about Vladimir Putin – at about the hour and a half mark (1 hour and 27 minutes).

Dr. Carmen Boulter joins us for the first time…she is the writer, director and producer of the 5-part series, The Pyramid Code. She has been allowed access to virtually every site in Egypt and she discusses with us, some of it for the first time how she does her research, how she gets her information and how she presents it to us through her productions.

The Pyramid Code is a documentary series of 5 episodes that explores the pyramid fields and ancient temples in Egypt as well as ancient megalithic sites around the world looking for clues to matriarchal consciousness, ancient knowledge and sophisticated technology in a Golden Age.

The series is based on the extensive research done in 23 trips to Egypt and 50 other countries around the world by Dr. Carmen Boulter in the Graduate Division of Educational Research at the University of Calgary.

The series explores penetrating questions: Who were the ancients and what did they know? Could the pyramids be much older than traditional Egyptology would have us believe? Could it be that the ancients were more technologically advanced than we are today? Why do we have so little understanding of the ancient Egyptians?

Are there still secrets hidden in plain sight? Do new discoveries force the issue of establishing a new chronology? Are there little known sites that provide clues to a new understanding of our distant past? Are we really the most advanced civilization to ever live on Earth?

Episodes in the playlist: 1. The Band of Peace 2. High Level Technology 3. Sacred Cosmology 4. The Empowered Human 5. A New Chronology.

(AV) This is an embedded playlist and contains all five parts of the series.