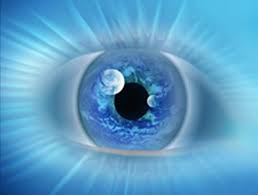 AngelicView: Let me start off by saying, “I love listening to Tom Campbell!”

If you are not familiar with him, he is a scientist – a physicist. He is retired from NASA. Tom was a remote viewer with the Monroe Institute in the 1970’s.

Here’s the thing about Tom – he became a scientist, discovered the esoteric as he easily and quickly went into deep meditation with no “practice” in this lifetime (he says this himself that he must have taken those steps to perfect meditation before he came here – meaning before this lifetime. If you know scientists, you know this is unusual for them to think this way). Then he decided to try to figure out the science behind what he had discovered.

Sometimes someone with an open mind comes along and makes an observation. Let’s say that observation is that we are really Beings of Light and that our real home is not here on Earth, but we come to Earth to evolve. Then let’s say that that person comes up with a theory on how this all works. The scientist then tests that theory, and then another, then another, then another until eventually he (or she) is able to come up with a working hypothesis. That’s what Tom Campbell has done! It’s called, “My Big T.O.E.” or “My Big Theory of Everything”.

It’s really no different from Isaac Newton sitting under an apple tree and feeling that apple hit the top of his head and then asking himself, “why does the apple fall downward? Why not upward?”  and so forth. He has made an observation that the apple falls from the tree toward the ground and then goes on from there.

Although Tom is a physicist, you shouldn’t think you need to know a lot about physics to understand his lectures – you don’t. Once I started this series (two videos) I was glued to it.

Video Description: “Tom Campbell is one of the great thinkers of our age” comments Dr Eric Cunningham of Gonzaga in his introduction at the Spokane event May 18, 2014.

Topics covered in this presentation are:

What is the next step in spiritual human evolution?

How do I make the world a better place?

How is it that “For the first time in history, all the necessary pieces of the Consciousness evolution puzzle have come together to enable a major world-wide paradigm shift away from fear and toward Love”?

What will have to be accepted for these major paradigm shifts to occur?

Video Description: Part 2 of The Way Forward workshop in Spokane at Gonzaga University, May 17, 2014, answers diverse and in depth questions asked by the workshop’s participants regarding Tom Campbell’s My Big TOE.

The Double Slit Experiment explained in this video will be available in a separate video presentation.

Referred to in this video:

“You don’t grow from experience” (you grow from making the right choices for the right reasons).
Tom Campbell