AngelicView: Tolec used to be a very popular person here on AngelicView. However, for various reasons, I stopped publishing his messages here about a year and a half ago. Tolec and I have had a few personal communications since then, and I explained to him why I stopped putting his messages here. I do believe that Tolec is very genuine in his beliefs, whether they be right or wrong.

The exciting new thing here is that Tolec has entered in to a Roundtable Discussion with some pretty interesting people. I am posting this Discussion here for your consideration. Guests include:

END_OF_DOCUMENT_TOKEN_TO_BE_REPLACED

AngelicView: By the way (unrelated to this post), I am still listening to Coast to Coasts nearly every day – at least the most-interesting-to-me ones. However, I cannot share them with you. 😦 It’s on a Super-Secret Channel and if I share them, the channel will be taken down. I try to find them elsewhere, but haven’t been able to. They take them down so fast these days! You know it’s killing me listening to all these great shows and not being able to share them with you. If you know of a channel that hosts Coast to Coast shows (up-to-date) that is not a secret (or private) channel, please let me know. Thanks 🙂

END_OF_DOCUMENT_TOKEN_TO_BE_REPLACED

AngelicView: Since I have limited time online tonight, I’m just going to make a kind of mish-mash post here highlighting some things I want to bring to your attention.

END_OF_DOCUMENT_TOKEN_TO_BE_REPLACED

AngelicView: This is kind of a scary story. Interesting. Not sure if it’s true, although the guy has pictures and video (which I will show you) and sounds sincere.

Okay, so the story is that this Doc, Jonathon Reed, was hiking near Seattle WA with his dog, when his dog was attacked (and killed) by an alien being. It was small in stature and dark-skinned. There was also a black object in the area that he describes as “obelisk”. (There are pictures and videos of both the being and the object, that I will provide a link for you to see.) After the being killed his dog, the dog “imploded” into itself (he describes this in the interview).

So the Doc clubbed the being unconscious. But he thought the being was dead. Anyway, he was then hyperventilating (if you listen to the sound in the video he took, you can hear him hyperventilating), throwing up, and pooping his pants.

Evidently, he ended up taking the being home with him (thinking it was dead).

Keep in mind while looking at the photos that it was 1996 and this is 35mm film. (Old-Style camera!)

END_OF_DOCUMENT_TOKEN_TO_BE_REPLACED

AngelicView:  (The Live-Stream is over now, but you can use the same link to listen to the show recording.) I’m sorry that I didn’t know about it ahead of time to get it posted here, but apparently they are taping as they go so you can go back and watch the whole thing.

The panel will include Leslie Kean, author of the New York Times best seller on UFOs. She spent 10 years researching the book, which includes officially documented cases and reports by highly credentialed people from around the world.

Joining Leslie Kean on the panel is Jose Lay, international affairs director at CEFAA in Chile, a government agency whose mission is to collect, study and analyze scientifically, all reports of Unidentified Aerial Phenomena (UAP) in Chile.

Colonel Charles Halt, who in 1980 officially reported a UFO at RAF Woodbridge in England, which later became known as The Rendlesham Forest Incident, which we made a video about – it’s there.

Captain Robert Salas, whilst an officer in the US Air Force, witnessed 10 nuclear missiles become non-operational after guards reported UFOs hovering above the facility.

Captain Ray Bowyer, a British pilot who, along with some of his passengers, witnessed an object estimated to be up to a mile long over the English Channel in 2007.

Parviz Jafari is a retired General of the Iranian Air Force. In 1976 he was ordered by the Air Force Command to approach an intense flashing object observed over Tehran.

This is an award winning short film, winner of Best Short Video Category at the 2012 International UFO Congress.

“Craft of Unknown Origin” is a 30-minute documentary that examines the subject of UFOs. Drawing from a number of credible UFO witnesses and UFO reports, the video is crammed with diagrams, as well as 2D and 3D animation, that accurately visualize the strange vehicles that these witnesses report seeing.

Most notably, the makers of this video worked closely with Sgt. James Penniston, U.S. Air Force (ret.), to accurately visualize, for the first time anywhere, the UFO craft that he saw. Sgt. Penniston is one of the principle witnesses to the celebrated Rendlesham Forest UFO event of 1980. Through animated video, viewers will see what Penniston saw as he describes his feelings and actions of that night. Often referred to as “England’s Roswell,” the Redlesham forest incident remains one of the most well-documented UFO events ever.
Respected UFO author Leslie Kean (UFOs: Generals, Pilots, and Government Officials Go on the Record) is also interviewed. Listen as she shares her insight about UFOs, cutting through the sensational reporting of the subject to get to the indisputable facts.

Award-winning G. M. Productions is the production company of San Antonio animator Mike Fisher. Mike has been creating animations and videos for over 10 years. His videos have won awards at film festivals all across the country.

AngelicView: This article is by Richard Schiffman of The Huffington Post. I have seen the “FBI Vault” and I have seen this document to which he refers (linked to in the article). While I saw it perhaps about a year ago, now it is the most-viewed document in “The Vault”, and it has to do with the UFO crash in Roswell, New Mexico. There are a bunch of great links in this article for those who are interested in the subject. 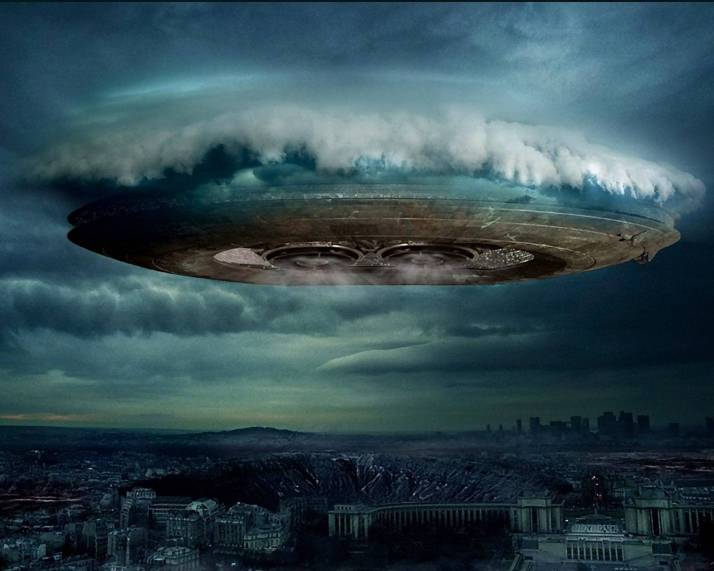 Some years back my friend Alan Steinfeld and I had dinner with Edgar Mitchell. Mitchell, as those of us who are old enough to remember, was the lunar module pilot of Apollo 14 in 1971, and the sixth person to walk on the Moon.

For Alan and myself, Mitchell is also the founder of a group that we have been involved with for years, the Institute of Noetic Sciences. IONS is an organization dedicated to exploring the shared ground between spirituality and science. Mitchell started IONS due in large part to a transformational experience on his way back from the moon which he described in an interview with Ascent Magazine:

“The spacecraft was rotating to maintain the thermal balance of the Sun… Every two minutes, with every rotation, we saw the Earth, the Moon, and the Sun as they passed by the window. The 360-degree panorama of the heavens was awesome and the stars are ten times as bright and, therefore, ten times as numerous than you could ever see on a high mountaintop on a clear night.

It was overwhelmingly magnificent… I realized that the molecules of my body and the molecules of the spacecraft had been manufactured in an ancient generation of stars. It wasn’t just intellectual knowledge — it was a subjective visceral experience accompanied by ecstasy — a transformational experience.”