Pot, otherwise known as cannabis or marijuana, is considered a spiritual medicine and has been used as 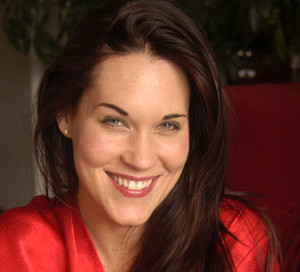 The number one benefit of cannabis is that it helps people to release resistance. By affecting the brain like it does, it inhibits the brain from focusing on and translating the resistant, stressful thoughts that cause a negative emotional response within the body. This is why it is so effective at reducing stress. And this is also why it is so effective for the use of pain management. Pain is a symptom of resistance. By causing a person to release resistance and “flow downstream with life” a person is free to be who they really are. More of their true essence is present in the absence of resistance and this is why people often undergo such intense spiritual experiences while under the influence of cannabis. But this is also why it is used recreationally.

If a person tries to escape their resistance by using a tool like cannabis, they have learned nothing but to be dependent on the tool. They may have increased their awareness of what is beyond this dimension, but they have not learned anything about how to access states of consciousness beyond the 3-D consciousness on their own, without the use of an external substance/tool. In essence, they have become powerlessly dependent.

While these medicines are often life changing because they can serve to crack through the illusion of the physical dimension so a person can peer beyond the illusion, they all too often become a person’s only way of transitioning their consciousness into a “more spiritual” state. They then become a crutch that disables a person from reaching those states organically. The feeling state created by these medicines becomes an addiction and the more subtle transition of increasing one’s vibration and altering one’s focus so as to facilitate an organic shift in consciousness, no longed registers as a “special and noteworthy experience” when compared with the intensity of the radical break from reality, caused by the medicines. So often the drug itself becomes the person’s only access to spirituality. The drug itself becomes the religion.

In this episode, TEAL explains the benefits and drawbacks to using pot in spiritual practice.

2 thoughts on “Marijuana and Spirituality (Does Pot/Weed/Cannabis Enhance Spirituality?)”