AngelicView: The story I’m about to post below has incredible, unexplained phenomena. There is actual physical evidence of this man being in two places at one time. If the account is true, then what could it mean? Below the transcript I’ll post a video of him telling his story, as well. 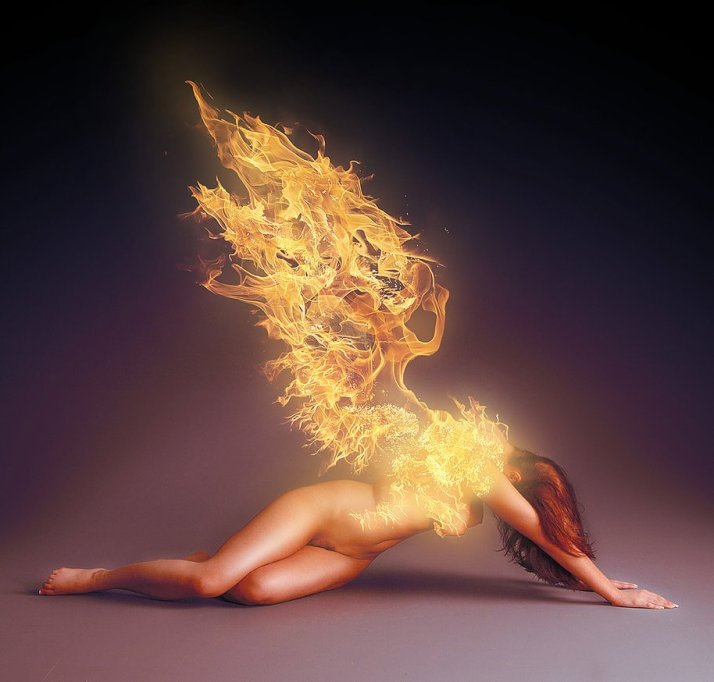 While operating as the Chief Pilot for a Canadian air service, I crashed shortly after take off. I was Captain on a DHC-2 Dehavilland Beaver aircraft. I picked the aircraft up from the AMO and flew back to the main lodge without incident. After landing, I had to do 5 take offs and landings before I could start transporting passengers. On my 1st take off, at approximately 350′ AGL, I had a catastrophic engine failure. Panic was my immediate response but my training kicked in and I tried restarts and could not get it to fire. I secured the engine and prepared for a crash landing.

As the floats on the aircraft started to make contact with the tree tops, I pulled back and purposely stalled the aircraft and the left wing dropped and I felt the impact with the 1st tree. At that moment, everything went into super slow motion. I watched the wing wrap around the tree and watched my wing tear off the aircraft…then everything went black and I was out for the remainder of the crash through the trees. I fully had accepted this was my time to die, and I went from pure panic for the 1st 30 seconds, to an almost peaceful calm that this was how I was going to die.

I woke up in the aircraft and was bleeding very badly from head. I noted the severe injuries to my arm and complete upper body was broken. I realized I should exit the aircraft as soon as possible as there was a risk of fire. I grabbed a roll of paper towels that had found their way to the cockpit and took them with me as I exited the aircraft. I started to walk to the tree line (I ended up in a bog, nose down, on an 80 degree angle buried the entire engine, prop and cowling almost 8 feet deep into the ground.

As I walked to the tree line, I continued to wipe my head with paper towels as the blood was filling my eyes quickly. I dropped many of them on the ground and made my way slowly to the tree line. When I sat down, I looked to the aircraft now about 50 feet away from me. The cockpit windows were level with the ground so I could see into the cockpit when I sat down. To my almost horror, I saw the captains seat upside down and an arm and leg dangling from it! I knew at that moment I was looking at myself.

I then looked around and saw a beautiful blue sky like none id ever witnessed before. There was not a single sound, not a bird, not even a whisper of wind. I was quickly very comfortable and felt very safe there. I then looked back into the cockpit to confirm what I saw, and sure enough I was still hanging there upside down in my seat. At that exact moment, I uttered the words “fuck, I’m dead”…and I instantly went out at that moment.

I woke up 4 days later in Surgical Intensive Care in the hospital and had been medivaced by aircraft from Sioux Lookout Ontario to Thunder Bay, Ontario. I had 22 broken bones, smashed right orbital bone, and a serious head injury. The hospital called my wife and children in Saskatchewan (where we lived) and told them I wasnt expected to live and they needed to come immediately. I woke up and said hello to everyone. I had no brain injury at all, and the doctors call me a true medical miracle. I sat before a medical review board in 2009 after my crash and 1 of the 5 doctors present stated that with my head injury, its fatal 99 times out of 100. Then for those lucky enough to survive, only 1 in 1000 survive with no brain injury. That makes the odds of me surviving with no brain injury less than winning the lottery 8 times in my lifetime.

While in the hospital (this is where the story is very interesting)…Two Transport Canada Inspectors from Civil Aviation came to see me in the hospital. They asked me for my story and told them what I just told you. They looked at each other with a weird look and said Jeff, can we bring in the helicopter pilot who found you and rescued you? I said yes of course. I shook his hand and they asked me to briefly share my story again. When I did the helicopter pilot started to cry. He said Captain, when I found you, you were hanging upside down in your seat and you did not exit the aircraft. (I didn’t know at that time that I had an NDE and an out of body (bi-location) experience. The thing that still no one can answer…is why they found 54 BLOOD SOAKED paper towels strewn all in front of the aircraft, with a trail leading to the edge of the tree line as I explained. It sent chills up and down my spine when I realized I never actually exited the aircraft.

5 years and 3 surgeries later, I’m still here and have no explanation of why this happened or how those 54 blood soaked paper towels got outside the aircraft.

I was forced to retire from flying in 2009 because I was unable to secure my medical. My right eye vision is damaged beyond repair and my left arm is virtually unusable.

One thought on “NDE Bi-Location Experience”