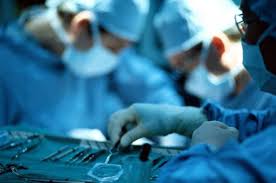 Dr. Michael Sabom is a cardiologist whose latest book, Light and Death, includes a detailed medical and scientific analysis of an amazing near-death experience of a woman named Pam Reynolds. She underwent a rare operation to remove a giant basilar artery aneurysm in her brain that threatened her life. The size and location of the aneurysm, however, precluded its safe removal using the standard neuro-surgical techniques. She was referred to a doctor who had pioneered a daring surgical procedure known as hypothermic cardiac arrest. It allowed Pam’s aneurysm to be excised with a reasonable chance of success. This operation, nicknamed “standstill” by the doctors who perform it, required that Pam’s body temperature be lowered to 60 degrees, her heartbeat and breathing stopped, her brain waves flattened, and the blood drained from her head. In everyday terms, she was put to death. After removing the aneurysm, she was restored to life. During the time that Pam was in standstill, she experienced a NDE. Her remarkably detailed veridical out-of-body observations during her surgery were later verified to be very accurate. This case is considered to be one of the strongest cases of veridical evidence in NDE research because of her ability to describe the unique surgical instruments and procedures used and her ability to describe in detail these events while she was clinically and brain dead.

When all of Pam’s vital signs were stopped, the doctor turned on a surgical saw and began to cut through Pam’s skull. While this was going on, Pam reported that she felt herself “pop” outside her body and hover above the operating table. Then she watched the doctors working on her lifeless body for awhile. From her out-of-body position, she observed the doctor sawing into her skull with what looked to her like an electric toothbrush. Pam heard and reported later what the nurses in the operating room had said and exactly what was happening during the operation. At this time, every monitor attached to Pam’s body registered “no life” whatsoever. At some point, Pam’s consciousness floated out of the operating room and traveled down a tunnel which had a light at the end of it where her deceased relatives and friends were waiting including her long-dead grandmother. Pam’s NDE ended when her deceased uncle led her back to her body for her to reentered it. Pam compared the feeling of reentering her dead body to “plunging into a pool of ice.” The following is Pam Reynolds’ account of her NDE in her own words.

The next thing I recall was the sound: It was a Natural “D.” As I listened to the sound, I felt it was pulling me out of the top of my head. The further out of my body I got, the more clear the tone became. I had the impression it was like a road, a frequency that you go on … I remember seeing several things in the operating room when I was looking down. It was the most aware that I think that I have ever been in my entire life …I was metaphorically sitting on [the doctor’s] shoulder.  It was not like normal vision. It was brighter and more focused and clearer than normal vision … There was so much in the operating room that I didn’t recognize, and so many people.

I thought the way they had my head shaved was very peculiar. I expected them to take all of the hair, but they did not …

The saw-thing that I hated the sound of looked like an electric toothbrush and it had a dent in it, a groove at the top where the saw appeared to go into the handle, but it didn’t … And the saw had interchangeable blades, too, but these blades were in what looked like a socket wrench case … I heard the saw crank up.  I didn’t see them use it on my head, but I think I heard it being used on something. It was humming at a relatively high pitch and then all of a sudden it went Brrrrrrrrr! like that.

Someone said something about my veins and arteries being very small. I believe it was a female voice and that it was Dr. Murray, but I’m not sure. She was the cardiologist. I remember thinking that I should have told her about that … I remember the heart-lung machine. I didn’t like the respirator … I remember a lot of tools and instruments that I did not readily recognize.

There was a sensation like being pulled, but not against your will. I was going on my own accord because I wanted to go. I have different metaphors to try to explain this. It was like the Wizard of Oz – being taken up in a tornado vortex, only you’re not spinning around like you’ve got vertigo. You’re very focused and you have a place to go. The feeling was like going up in an elevator real fast. And there was a sensation, but it wasn’t a bodily, physical sensation. It was like a tunnel but it wasn’t a tunnel.

At some point very early in the tunnel vortex I became aware of my grandmother calling me. But I didn’t hear her call me with my ears … It was a clearer hearing than with my ears. I trust that sense more than I trust my own ears.

The feeling was that she wanted me to come to her, so I continued with no fear down the shaft. It’s a dark shaft that I went through, and at the very end there was this very little tiny pinpoint of light that kept getting bigger and bigger and bigger.

I noticed that as I began to discern different figures in the light – and they were all covered with light, they were light, and had light permeating all around them – they began to form shapes I could recognize and understand. I could see that one of them was my grandmother.  I don’t know if it was reality or a projection, but I would know my grandmother, the sound of her, anytime, anywhere.

Everyone I saw, looking back on it, fit perfectly into my understanding of what that person looked like at their best during their lives.

I recognized a lot of people. My uncle Gene was there. So was my great-great-Aunt Maggie, who was really a cousin. On Papa’s side of the family, my grandfather was there … They were specifically taking care of me, looking after me.

They would not permit me to go further … It was communicated to me – that’s the best way I know how to say it, because they didn’t speak like I’m speaking – that if I went all the way into the light something would happen to me physically. They would be unable to put this me back into the body me, like I had gone too far and they couldn’t reconnect.  So they wouldn’t let me go anywhere or do anything.

I wanted to go into the light, but I also wanted to come back. I had children to be reared. It was like watching a movie on fast-forward on your VCR: You get the general idea, but the individual freeze-frames are not slow enough to get detail.

Then they [deceased relatives] were feeding me. They were not doing this through my mouth, like with food, but they were nourishing me with something. The only way I know how to put it is something sparkly. Sparkles is the image that I get. I definitely recall the sensation of being nurtured and being fed and being made strong. I know it sounds funny, because obviously it wasn’t a physical thing, but inside the experience I felt physically strong, ready for whatever.

My grandmother didn’t take me back through the tunnel, or even send me back or ask me to go. She just looked up at me. I expected to go with her, but it was communicated to me that she just didn’t think she would do that. My uncle said he would do it. He’s the one who took me back through the end of the tunnel. Everything was fine. I did want to go.

But then I got to the end of it and saw the thing, my body. I didn’t want to get into it … It looked terrible, like a train wreck. It looked like what it was: dead. I believe it was covered. It scared me and I didn’t want to look at it.

It was communicated to me that it was like jumping into a swimming pool. No problem, just jump right into the swimming pool. I didn’t want to, but I guess I was late or something because he [the uncle] pushed me. I felt a definite repelling and at the same time a pulling from the body. The body was pulling and the tunnel was pushing … It was like diving into a pool of ice water … It hurt!

When I came back, they were playing Hotel California and the line was “You can check out anytime you like, but you can never leave.” I mentioned [later] to Dr. Brown that that was incredibly insensitive and he told me that I needed to sleep more. [laughter] When I regained consciousness, I was still on the respirator.

For practical purposes outside the world of academic debate, three clinical tests commonly determine brain death. First, a standard electroencephalogram, or EEG, measures brain-wave activity. A “flat” EEG denotes non-function of the cerebral cortex – the outer shell of the cerebrum. Second, auditory evoked potentials, similar to those [clicks] elicited by the ear speakers in Pam’s surgery, measure brain-stem viability. Absence of these potentials indicates non-function of the brain stem. And third, documentation of no blood flow to the brain is a marker for a generalized absence of brain function.

But during “standstill”, Pam’s brain was found “dead” by all three clinical tests – her electroencephalogram was silent, her brain-stem response was absent, and no blood flowed through her brain. Interestingly, while in this state, she encountered the “deepest” NDE of all Atlanta Study participants.

Some scientists theorize that NDEs are produced by brain chemistry. But, Dr. Peter Fenwick, a neuropsychiatrist and the leading authority in Britain concerning NDEs, believes that these theories fall far short of the facts. In the documentary, “Into the Unknown: Strange But True,” Dr. Fenwick describes the state of the brain during a NDE:

One thought on “NDE Research: People Have NDE’s While Brain Dead”